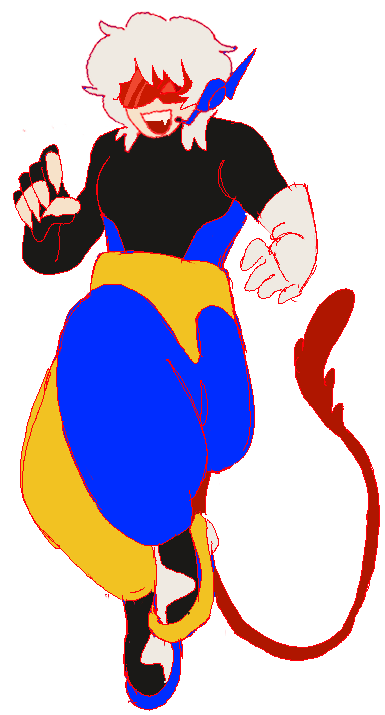 This is where I upload art, writing, and storybuilding content for the projects I'm working on, all of which are sorted down below :)!

This site has a loooot of construction to do, but check back for regular updates!

Cosmos Operative
Two human soldiers are deployed to impede the investigation of an alien prince into his uncle's dissappearance, yet end up swept up in a galaxy-wide adventure that forces them to challenge everything their conformist Earthian upbringing has told them there was to know.

This is my main storyline! Lots of content is scheduled to be uploaded ;)!

A gameshow exists in a world similar to our own, yet set far in the future. A show put on by a fanatical host with too much power, where any dream can come true for one lucky contestan. Some wish for riches, some for power, some for the simple thrill of it all. However, the price of one's dream is steeper than most are ready to pay.

(This universe that belongs to @mimegrime! I oversee the production of this season, however)

Four teens living in (and haunting) a hot town in bumfuck nowhere take it upon themselves to tackle the mystery of...oddly targeted supernatural disturbances around town.

The story I've been working on for the longest~ Formatted as a book or serialized TV drama with multiple issues/seasons!